Why did we choose reward-based training? Well, I guess it was the method that resonated more powerfully with our principles and values.

As we’ve already mentioned, before Millo all our contact with dog training was based on TV shows and widespread clichés. Things like: “You have to be the pack leader” or “The dog must be dominated” were all we knew. But, thanks to the internet, a quick search showed us that there were other methods and dog training schools.

The myth of dog dominance

Just like we said in our previous post, Zak George was one of the first trainers we found online. His videos were eye-opening, he showed us that you could teach manners to your dog without the use of positive punishment. After the first few weeks, we decided we needed to go deeper into the subject and we kept following the lead of Youtube dog trainers. Simpawtico Dog Training was a great resource. Thanks to Ian Stone’s advocacy for reward-based training, we found two videos from professionals in the field - John McGuigan and Michael Ellis - that confirmed our suspicions: dog dominance is a myth, there is no no scientific evidence that dogs follow hierarchies or adapt to rank-based societies. It’s true that it seems like wolves do, and that is where this idea has stemmed, but dogs are so far removed from their wild relatives, having lived with humans for thousands of years, that this trait seems to no longer exist in them. 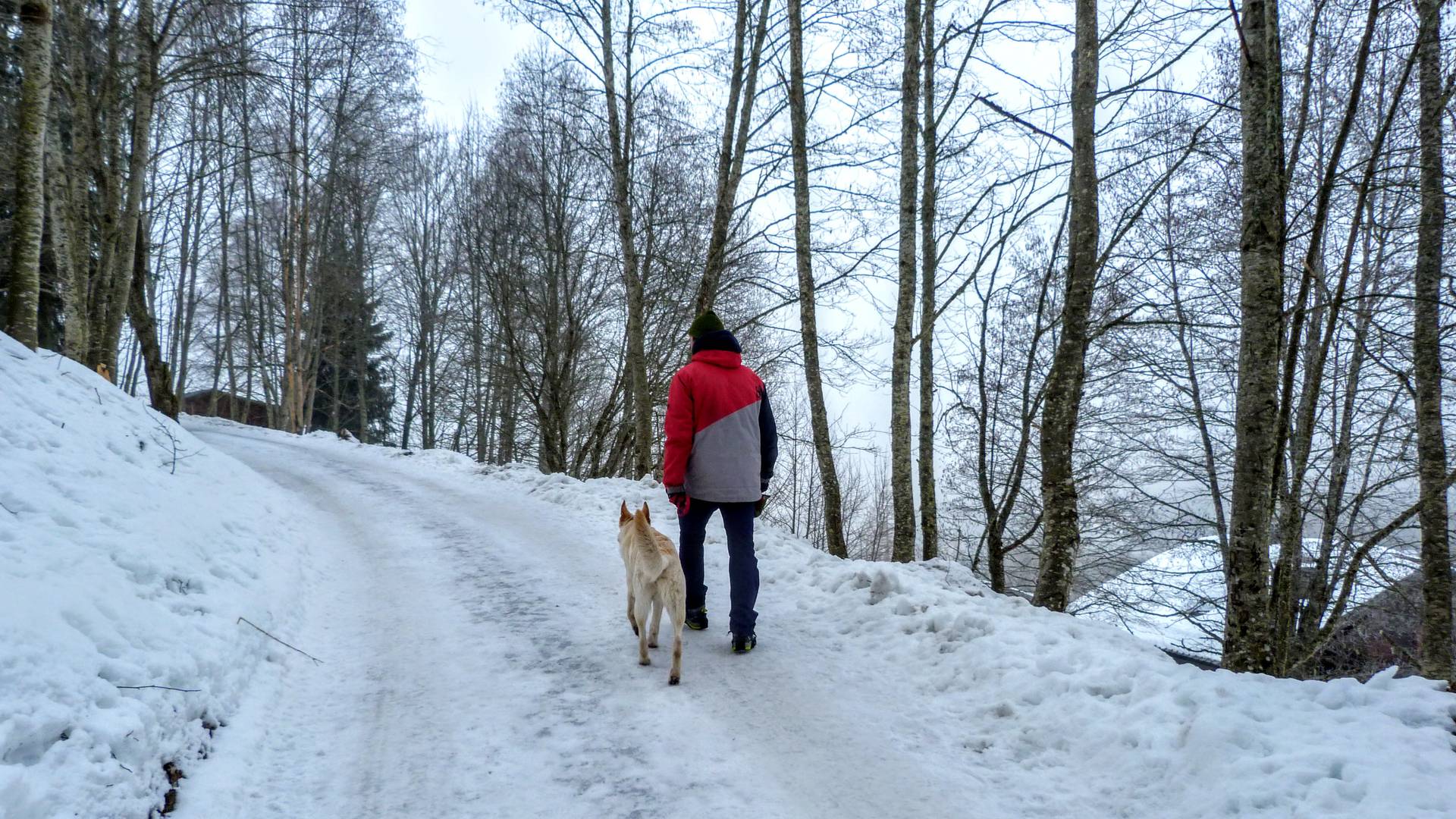 The theory behind reward-based training

On the other hand, reward-based training has solid research-based foundations. It’s relatively easy to find academic papers on classical conditioning, operant conditioning and reward-based training methods, which is where most positive training methods are based on. Michael Ellis was a big influence in our final approach to raising Millo. Even if we don’t adhere to all of his techniques, especially things like the use of leash pressure, we were inspired by his Philosophy of Dog Training video. In it, he explains what classical and operant conditioning are, outlining the premises of reward-based training, as well as throwing light on important issues when teaching your dog, such as motivation.

Reward-based training, the right approach for us

After a little over a year of training, we can say that we’ve solved our main challenges either rewarding an expected behaviour or ignoring unwanted rehearsals. When we’ve needed to stop or prevent an unwanted conduct, we’ve managed Millo with either a leash, his crate or a puppy pen. We’ve always refused aggressive methods such as choke, prong and e-collars and, of course, we’ve never laid a hand on him. We have no idea if reward-based training works for all dogs in any situation but we can definitely say that it has worked, and is still working, really well for us.

Thanks for reading! Check out our next post to learn more about our journey with Millo. 🐾

Previous Learning about dog training
Next Getting ready for Millo